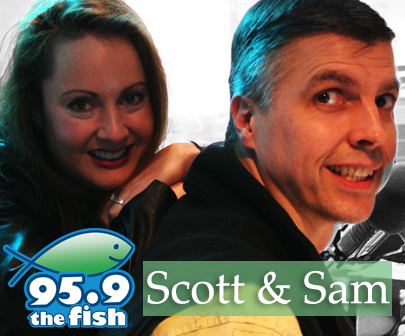 So much about what makes a morning show great, or not, is so subjective. This is my take and I hope there is something of benefit for you!

Scott & Sam arrived in Seattle at KCMS. Within a year the Scott & Sam show was Top-5, in a most unchristian market, in women 25-54, and it stayed Top 5 for a decade! Our current playground is in LA at Salem’s 95.9 the Fish. We were excited to be with people who are Pros, do the research, and have a winning attitude. I hope there is something below that will help you find a that special kind of broadcast joy!
ADD SOME SIZZLE TO YOUR TWIZZLE
I have no idea hat that means.
~Scott of Scott & Sam

Listening, Loving and Learning: Keys That Help Me As A Music Director

Why I Killed My Business Underwriting Program