How To Keep It Fresh During Your Fundraiser 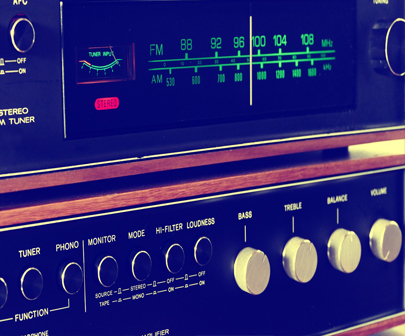 The other day I was engaged in a group chat with Christian music pioneer Matthew Ward from 2nd Chapter of Acts. Matthew saw a comment asking him, “How do you keep things fresh when you perform the same songs night after night?”

Matthew’s response was, “Even though the songs I perform are mostly the same, I know the audience is NOT the same as the one I played for the night before or the one before that.”

I think there is something we can learn from this.

Matthew or any other artist has a totally new audience each night, so the challenge isn’t in the performance, but considering it from the audience’s perspective.

Think about how often we turn over a radio audience. Perhaps it’s 8, 10, 15 minutes at best for the vast majority of those listening. So you have a new audience three times an hour. Sometimes we try too hard to keep it fresh when in reality your audience has never even heard what you’re saying. The challenge is NOT how to keep it fresh, but learning how to SOUND as though it’s the first time you’ve said it.

So many times we feel that hundreds of listener stories or comments are needed during our fundraiser, but that’s simply not the case. Todd Isberner says, “Quality trumps quantity,” so I would much rather have two dozen amazing life-change stories than hundreds of mediocre ones. Your audience is turning over frequently, so stick with the best of the best.

Consider the thought process you use for your music rotation. You wouldn’t want 1,200 “okay” songs in rotation. You choose the best 100 or so songs to play. You want to make sure each time your listener tunes in they hear a hit.

The same goes for stories and pitches that work for fundraising. When you play or share a story, make sure it’s a hit. Even if a listener hears the same story twice in a day, it’s no big deal. Your listeners don’t say, “I already heard that song today, what’s going on?”  No, they love that song. So don’t worry if your listener has heard the story or pitch before. Learn how to make it sound like it’s the first time you’ve ever shared the story or played the listener comment. Resist the temptation of getting tired of the same messages and appeals. The audience won’t get tired if you keep it sounding fresh.

Here are three tips for overcoming boredom on air…

1.)  Plan your breaks before opening the mic.

2.)  Get creative and figure out how to say the same thing but in a different way. Be entertaining as you do this.

3.)  Get the mindset that this is the first time the listener has heard your story or pitch.

I hope your fundraising season goes really well in 2017. I look forward to seeing many of you while I am out on the road. If I can ever do anything for you, please hit me up at Bill@ShareMediaServices.com.

Top 10 Signs You Are At CMB

I Hate Asking For Money